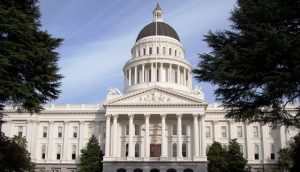 Last year Assembly Bill 1973 amended Gov. Code § 6700 to create a new California holiday on the fourth Friday of September, to be known as Native American Day.  The intent was to raise the status of the holiday from a yearly proclamation to an official holiday; nothing was intended to close public offices. [The Senate Appropriations Committee Fiscal Summary states: “Fiscal Impact: No direct state costs, as there is no provision in the bill that requires state and local entities to close public offices in observance of Native American Day as a paid holiday.” (The legislative history is posted here.)] Unfortunately, Assembly Bill 1973 did not cover all bases; another statute, C.C.P. §135, required amendment.

C.C.P. §135 provides that every full day listed as a holiday in Gov. Code §6700, except Admissions Day, are court holidays. Because C.C.P. §135 was not simultaneously amended to add it as an exception, Native American Day accidentally became a judicial holiday as of January 1, 2015.

As long as it remains a non-court day, albeit accidental, the calculation of just about every state court litigation deadline is affected: (1) All time periods based on court days, e.g., notice of motion, oppositions, and replies for regular motions under C.C.P. §1005; extensions based on electronic service under C.C.P. §1010.6; extensions based on service by overnight delivery/express mail/fax under C.C.P. §§437c and 1013. (2) All deadlines within which to perform an act, e.g., respond to a complaint, respond to interrogatories, move to compel further responses to discovery, etc. It also affects hearing dates and trial dates set for the fourth Friday of September.

But the key question for calendaring purposes has been: When will Native American Day be changed to a court day? Bills would not be introduced until February 2015. Would C.C.P. §135 be amended via an urgency bill to take effect immediately upon signing? Would it be amended via a regular bill to go into effect the following January 1?

Turns out it’s neither of the above. The legislature has proposed a budget trailer bill excepting Native American Day from C.C.P. §135.

So, what does this mean? Ideally, lawmakers pass the state budget and this trailer bill by June 15, the governor signs them into law, and they go into effect July 1, putting this calendaring fiasco to rest.

But something could go wrong. The June 15 deadline could be missed. (That hasn’t happened for the last three years.) The governor could veto all or any part of the budget, including any trailer bill. (Last year the governor signed the budget into law in five days, and this trailer bill is hardly controversial.)

So, if the process is as smooth again this year, it’s a very good bet that, long before the fourth Friday in September, Native American Day will be a court day. However, given that calendaring errors are the leading cause of malpractice, and there are already several ways to miscalculate a deadline, why take this bet?

Until the trailer bill is signed into law, the following conservative calendaring approach continues to be the safest route:

(1) To calculate a notice period, count it as a holiday. If, as now expected, the holiday disappears, you will have given an extra day’s notice. No harm.

(2) To calculate a deadline to act within a particular time period, count it as a court day; do not give yourself an extension for the last day falling on a holiday. That way, if, as expected, the holiday disappears, you will not have missed your deadline.

If you have a hearing date set for September 25, 2015, it’s probably okay to bet that it’s going forward; that’s not a deadline miscalculation.

For now, maybe we can all keep our fingers crossed that all goes smoothly in the legislative branch over the next four and one-half months, and the Big One doesn’t hit in the interim.

Julie A. Goren, Esq. is the author of Litigation By The Numbers®, the essential California civil litigation handbook (updated every January and July) used by everyone in the CA law office, from the most experienced attorney to the trainee.